The deep interior of the Earth is in some ways less accessible than the outermost reaches of the Solar System. We can send spacecraft to orbit the outer planets and their moons, but direct observations of Earth’s interior are limited by the depths of the deepest drill holes–about 12 kilometers, less than 0.2% of Earth’s radius. Fortunately, we have a diverse set of indirect probes that can be used to study the deep Earth. Together these have provided an increasingly detailed picture of Earth’s internal structure, and its evolution over time.

One suite of techniques for probing the Earth is geophysical, the most important being based on seismic waves. Another important source of information comes from the analysis of deep samples that have been brought to the surface by volcanic or tectonic activity. Similar samples are available from the Moon, Mars and other Solar System objects, and provide crucial information on their formation and internal structure.

To use geophysical and geochemical observations to understand the structure and evolution of Earth and other planets usually requires a fairly detailed understanding of the physical and chemical properties of their materials. This is the focus of the work in our research group at Case. We investigate fundamental material properties and processes at very high pressures and temperatures, using both experimental and computational methods. From an understanding of the material properties we build geochemical and/or geophysical models of large-scale processes in deep planetary interiors.

A large part of our work is focused on the diffusion of atoms through planetary materials, both solid and liquid. Diffusion plays a fundamental role in many important geochemical and geophysical processes, including creep deformation (the process by which Earth’s mantle convects), anelastic deformation (which plays an important role in the attenuation of seismic waves), chemical exchange between minerals and melt during mantle melting, bubble formation and degassing during volcanic eruptions, and resetting of isotopic ages of rocks and minerals at high temperatures. A detailed understanding of diffusion mechanisms at the atomic level is essential in order to apply laboratory data to Earth and planetary problems, and investigating these is a significant part of our effort.

Whether there is significant material transfer across Earth’s core-mantle boundary is a question that has important implications for geochemistry and geodynamics. We are addressing this question in two ways.

1) Experiments to measure the partitioning of siderophile elements between solid and liquid iron alloys at high pressure. These data provide constraints on the chemical evolution of the outer core during inner core crystallization, which must be known in order to identify the characteristics of a chemical signal from the core (which might be brought to Earth’s surface by plumes originating at the core-mantle boundary).

2) Experiments and modeling to address the kinetics of chemical exchange across the core-mantle boundary. 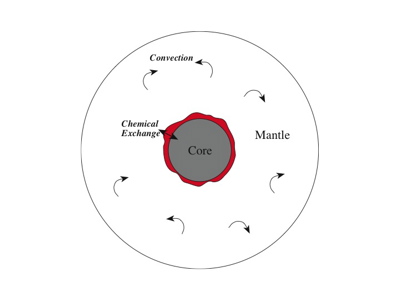 We are involved in several collaborative projects on planetary materials (meteorites and Apollo lunar samples), most of which involve simulations of diffusion-controlled chemical differentiation processes. Active research projects include studies of volatiles in lunar ultramafic glasses (with Alberto Saal and Erik Hauri); experimental work to determine the closure temperatures of extinct radionuclide systems used for dating early solar system processes (with Leslie Hayden, Daniele Cherniak and others); and geochemical modeling of ureilite petrogenesis (with Cyrena Goodrich and others). 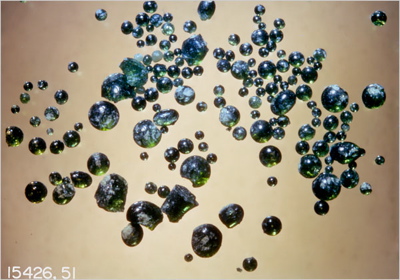 Incompatible trace elements and short-lived daughters in the uranium decay series provide key insights into the characteristics of the mantle and the processes and timescales of mantle melting. Ongoing experimental and numerical modeling studies are underway to examine the influence of solid-state diffusion on the trace element and isotopic compositions of basaltic magmas and the solids from which they are extracted. One of our goals is to provide new tools for investigating processes and rates of melting in Earth’s upper mantle and crust. 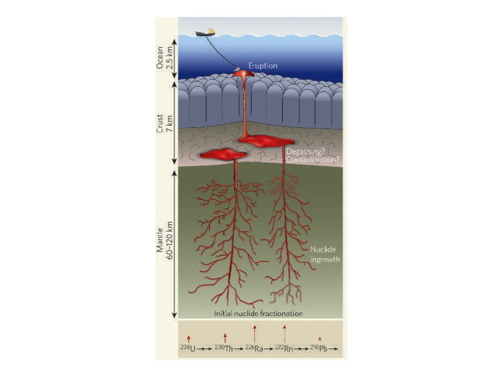 Constraining the viscous rheology of Earth’s deep mantle and core is a grand challenge in mineral physics. Our approach, which is complementary to high-pressure deformation experiments, is to determine atomic diffusion coefficients in the relevant materials at high pressures and temperatures. Diffusion is the rate-limiting step in creep of crystalline solids at high temperatures and low stresses, and the diffusion coefficient is usually the most important unknown in viscous flow laws. Ongoing experimental work on this topic is focused on diffusion in lower mantle mineral minerals, iron-nickel alloys, and zinc (an analog for hcp iron in Earth’s inner core). 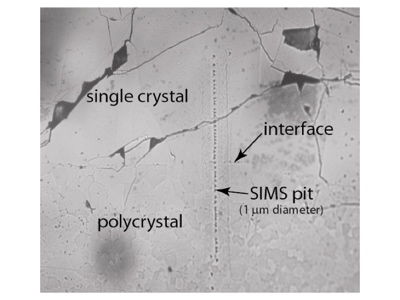 Experiment on cation and oxygen self-diffusion in MgO at 25 GPa and 2273 K.

The thermodynamic and chemical transport properties of silicate liquids at very high pressures are important for understanding the early differentiation of the Earth into core and mantle, and the behavior of possible partially molten regions in the vicinity of Earth’s mantle transition zone and core-mantle boundary. In collaboration with Prof. Dan Lacks in the Department of Chemical Engineering at Case, we are investigating silicate melt properties and their relation to local melt structure using molecular dynamics methods. We are also investigating the structural environments, atomic radii, and solubilities of noble gases in silicate melts, and the mass dependence of atomic diffusion rates (i.e. the isotope effect). 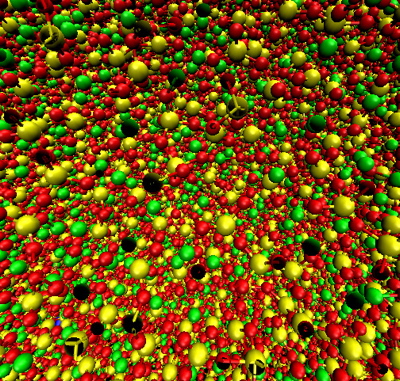