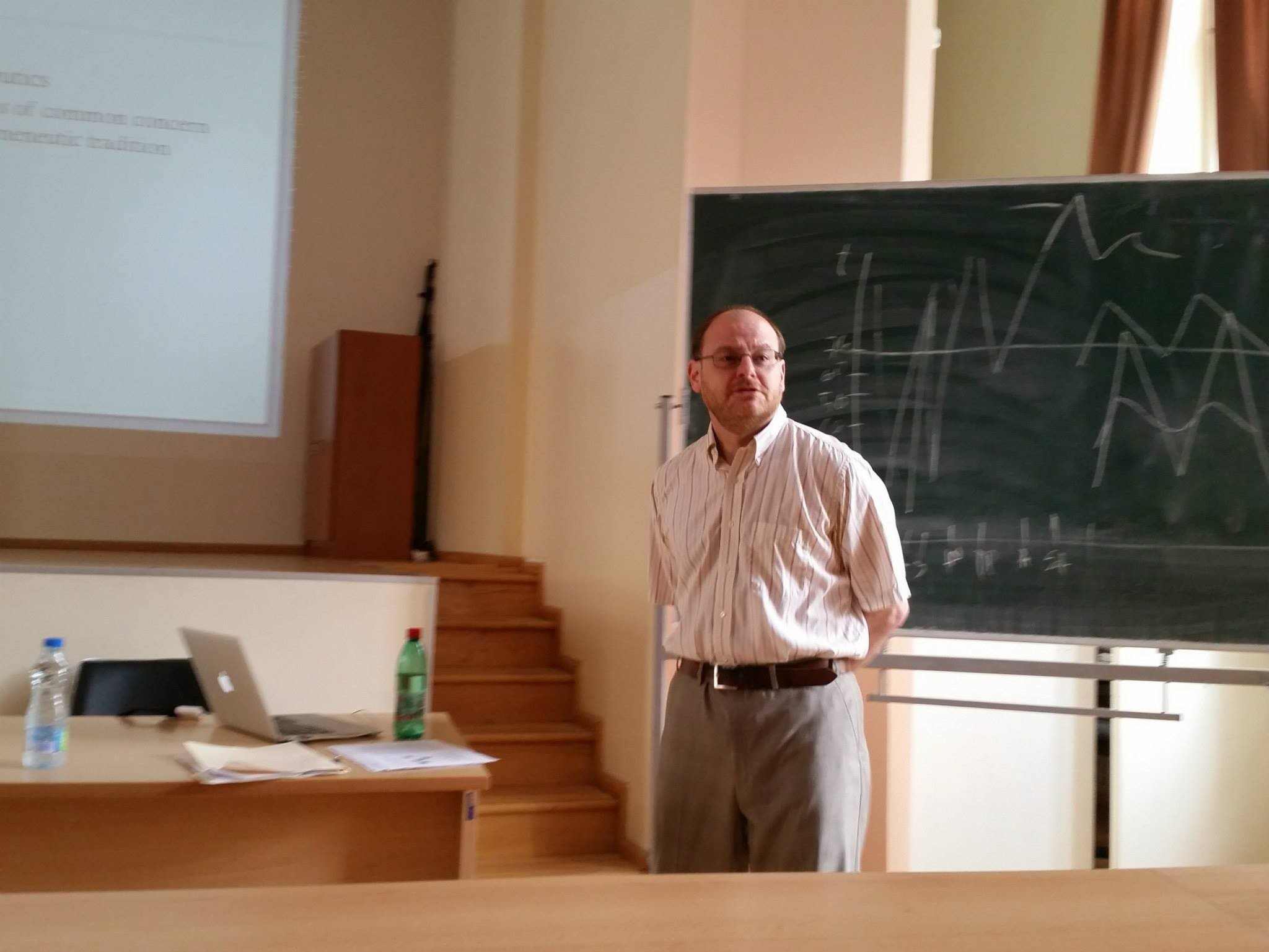 Find selected publications by Todd Oakley at academia.edu and ResearchGate

I work on meaning construction as it is manifested in language, communication, and their systems of dissemination, particularly the study of written documents, such as Supreme Court opinions, presidential reports, technical reports, clinical texts, museum placards, and other administrative documents. Meaning construction is central to the cognitive sciences. It happens in embodied human minds embedded in environments populated with other human minds, bodies, and artifacts. By “meaning,” I am referring to a process by which we are able to think about the real and the preferable in order to guide future action. I study how human beings use the processes and products of meaning to change other minds.

The investigation of how minds interact is a principal strand of this research program. I study how persons make use of symbol systems to influence the mental states of others and produce new enduring realities based on cooperative communication. For instance, the issuing of a birth certificate in the state of Hawaii is a symbolic act that establishes the ontological status of a person as a natural-born US citizen. Meaning “happens” when a number of cognitive operations work smoothly and in parallel. Preeminent among these cognitive operations is the manipulation and direction of attention. What we attend to and how we attend to it—individually or collectively—is crucial for the construction of meaning. Meaning comes about only when we attend to scenes and scenarios about past, present, future, hypothetical realities, or otherwise imagined realities. Thus, groups of persons who pay close attention to the features of a Certificate of Live Birth for Barack Hussein Obama and dub it a “forgery” are coordinating many cognitive routines that include a past scenario at variance with a present one, so as to cast doubt on a sitting president’s legitimacy. The question for me is not the veracity of these claims. Instead, I study the ways mental and interpersonal conditions make such scenarios either persuasive or unpersuasive to other minds, thus influencing high-stakes decisions. What models of reality must be held in mind and attended to in any given situation in order that we may think, decide, or act? Attention and representation are foundations of human cognition: how we attend determines to a great degree how we function as mental agents among other mental agents within a larger cultural ecology of symbols, artifacts, and symbolic artifacts. I contend that these foundations are indeed the very foundations of the ancient discipline of rhetoric.

One name for my research program would be cognitive rhetoric. I am not wholly satisfied with that term, however. Does it mean that I am a cognitive scientist doing rhetoric, or a rhetorician doing cognitive science?

My principal contribution to the fields of cognitive science, linguistics, and rhetoric is in human attention. It is interesting to note that attention has been studied in extraordinary detail in experimental psychology and neuroscience, but the phenomenon of attention as a fundamental component of our capacities as mental agents has not been greatly elaborated since William James (1910). The human attention system as proposed in my book From Attention to Meaning (2009) marries the mental with the inter-mental. According to this model, a fully developed attention system of typical and developmentally typical persons consists of three interdependent components—the signal, selection, and interpersonal systems. The signal system contributes the capacity to make something an object of attention; the selection system holds those objects steadfast for model-building purposes; the interpersonal system coordinates our own mentation with others. It is the seamless integration and smoothing operations of these three systems that make human attention and meaning construction so powerful.

That we think in scenes and scenarios is not a new proposition, even though the import of this proposition is relatively new to the cognitive sciences. In the rhetorical tradition, Kenneth Burke has given voice to this sentiment, suggesting not only the “scenic” nature of symbolic thought but additionally its correlative “dramatic” nature. For example, the Issuance of a birth certificate itself is a symbolic artifact that has within it a compression of several dramatic events and actions: one involving a mother giving birth to a child, another involving a father who may or may not be present or named, another of an agent and agency issuing the document, and yet another agent who validates it as real, turning the child into a citizen. This document of a past event can subsequently be attended to by other minds interested in functioning as counter-agents who wish to use the document for other rhetorical ends. I study the “dramatic” existence of such administrative documents. That such documents rarely, if ever, find themselves center stage and the object of sustained attention is not as important as the fact that human beings can and do arrange their ecology for such immanent possibilities, and history is filled with fateful decisions centered around the strategic construal of meaning in such documents (such as the significant role the Nicaraguan “Momotombo” Stamp had in diverting the Isthmian Route from Nicaragua to Panama).

Much of my research makes use of the Mental Spaces and Conceptual Integration framework of analysis developed by Gilles Fauconnier & Mark Turner. Mental spaces are online scenes or scenarios of what we take to be real, imaginative, or normatively preferable or unwanted states of affairs. The Obama birth certificate forgery can be understood as a scenario that integrates selective elements from conventional scenarios: a typical, legal birth inside the United States and forgery common of important documents. These integrate into a blended scenario where baby Obama (a role in the first scenario) is born outside United States territory, but that he grows up to become a forger (a role in the second scenario) so as to prove otherwise. The entire interregnum period of childhood and development is “syncopated” (glossed over) in this mental scene, so that attention focuses only on Obama, the Kenyan baby & Obama, the forger. Such integrated or blended scenarios may seem true or false, sane or insane, but they are the common stuff of human thought and drive much of our public discourse. Understanding and explaining how this happens necessitates both a model of scenic integration and a model of attention.

The study of cooperation as a basic social-cognitive process is fast becoming the subject of intense research in developmental psychology, primatology, autism research, and first language acquisition, with broad implications for thinking about the social and symbolic worlds. There are reasons to think that cooperative endeavors are unique cognitive-social innovations of human beings and subtend a variety of higher mental functions, such as language and nonverbal communication, as well as the products and outcomes thereof, namely politics, law, art, economics, religion, and other human singularities. This strand of my research explores the enduring question of “What is cooperation?” in the context of human cognition and culture. Cooperation as a phenomenon is dependent upon but nevertheless distinct from competition and coordination and a full explanation requires a new theory of rhetoric, one that builds on the models outlined above.

These intellectual preoccupations are the subject of my latest book project, titled Rhetorical Minds: Meditations on the Cognitive Science of Persuasion forthcoming in April 2020 from Berghahn Books’s Studies in Linguistic Anthropology series.

Gregory Bateson contends that the best research occurs in the push-and-pull of “loose” and “tight” thinking, where loose thinking refers to the fanciful analogies and models deployed to capture a phenomenon and where “tight” thinking refers to the means by which one investigates further the implications of the insight gained from the former operation. Given the overwhelmingly complex nature of meaning construction, the dialectic of loose and tight thinking has led me to behave rather promiscuously with respect to methodology. I am faithful to no particular methodology but rather partner with differing methods (and collaborators with greater expertise in those methods) as the project demands. When I am a rhetorician, I partner with those members of the cult of patient reading; when I am a linguist, I partner with intuition, attested examples from specific language corpora, and imaginative variation; when I am a cognitive scientist, I partner with other researchers to create experimental protocols and employ ethnographic procedures. I am currently exploring the nature of attention, language and cooperation from manifold perspectives, including behavioral experiments, ethnography, discourse analysis of typical and autistic populations, prosody of intonation units, and, in the near future, the use of a high-fidelity driving simulator to study the effect of motion and perception on language comprehension and production under heavy cognitive loading. In my view, none of these methods take preeminence over the other, for there is no single way of gaining direct access to meaning construction. On the contrary, there are only convergent and divergent methods that require charity and a constant, vigilant interplay of loose and tight thinking.