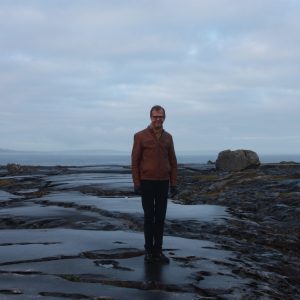 In 2008, he moved to Case Western Reserve University, where he is currently a Professor of Mathematics.

The main research activity of Erkki Somersalo is in the field of inverse problems. In particular, he has contributed to applications in biomedical research, developing the theory and applications of imaging modalities based on interaction of material and electromagnetic waves, such as Electrical Impedance Tomography (EIT), Optical Absorption and Scattering Tomography (OAST), Magnetoencephalography (MEG), X-ray Computerized Tomography (CT), and imaging by EM wave scattering.

For more than 30 years, he has pioneered the use of Bayesian statistical methods in inverse problems, and together with the related Uncertainty Quantification (UQ), the Bayesian methods constitute the core of his current work in computational inverse problems. Recently, he has extended the areas of research towards modeling of complex biological systems such as metabolism and interaction of cells with their biochemical environment. Outside the biomedical applications, Erkki Somersalo has contributed to computational electromagnetism, remote sensing, and particle accelerator design.

Development of computational tools for biomedical applications: Imaging, modeling and beyond

Biomedical imaging applications are characterized by scarcity of data in view of the complexity of the target, and high sensitivity to noise in the data, as well as to errors or shortcomings in the mathematical model. It has been demonstrated that the Bayesian computational framework is a rich source of new ideas and solutions to address these problems.

Computational modeling of a complex target of imaging, such as human brain, a breast, or thorax, often requires simplifications in which fine scale details are left out, or the complex and only approximately known geometry is not fully modeled. Likewise, artificial boundaries may be introduced to restrict the computations into a limited region of interest. These model simplifications induce modeling errors that may dramatically deteriorate the inverse estimates, sometimes rendering the images useless. One of Somersalo’s longstanding research interests is to address the various model deficiencies in terms of Bayesian statistical methods. Understanding the statistical nature of the modeling errors makes it possible to develop robust and fast algorithms that allow quite significant simplifications of the forward model without compromising the quality of the estimates.

Another central topic of his research is to develop computationally efficient prior models that in a quantitative way correspond to a qualitative description of the a priori information about the target. One recurrent area of interest in Somersalo’s work is magnetoencephalography (MEG), in which the goal is to estimate the electromagnetic cerebral activity from measurements of the magnetic field outside the head induced by the activity. A particular goal of this research  is to improve the estimation of spatiotemporal activity of deep brain regions, corresponding, e.g., to basic brain processes such as consciousness and emotions. Bayesian hierarchical models, combined with anatomical information, seem to provide a tool to improve the existing methods significantly.

Multi-scale modeling, and inverse problems related to multi-scale models, is an arising area of increasing importance, in particular in life sciences. Besides the general methodology of combining models at different scales, Erkki Somersalo is currently working on the methodology related to some particular topics, one being the gas transport through cell membranes. The particular question here is, what the role of specified gas channels in the transport process is, and how can we extract information of the micro-scale processes by using macroscopic measurements. Another important topic of multi-scale nature is the development of models that combine cell level metabolism, electrophysiology, and the supply of nutrient and oxygen by the blood flow in brain tissue.